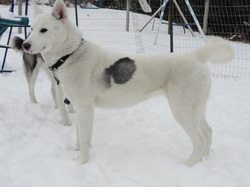 Junco, or "Nunc", as I affectionately call her, was one of the first Seppala Strain Siberians I acquired.  She and her sister Snowfall hail from Edmonton, Alberta, Canada at Arcticsun Kennels.  They were the cutest puppies - and being winter pups, were always white/brown little mudballs in the spring.  Junco especially.  I could NOT keep them clean.  To this day, Junco has an idiosyncracy that I believe originated in our family bathtub.  If I have wet hair still from the shower, she will literally roll in my hair.  I think it's because we gave her soooo many baths when she was little!!

I never would have guessed it, but Nunc is my main leader.  She has a stamina that won't quit- long after her sister is snoozing, she's still bouncing off the walls and ready to go.  She's a very sensitive soul as well, and she picks up on my emotions.  Sometimes that's a good thing, sometimes not so much. She's extremely intelligent and picks up on a ton of human words as well.  True to her Siberian ancestry, she can be awfully willful - if the training is getting to be too much for her, she'll try to choose her own way, or do what she thinks I want her to do instead of listening to what I say.  That's why she and Stone make such a good pair.  Junco will forever be the engine that sets the pace - but Stoney actually listens....she does love him dearly!

My favorite Junco story - we had the entire team hooked up and I was going to hook her up last.  For a long time, I had to hook her up last as she was airborne constantly at hookup.  We had everyone else ready to go and she was jumping so hard at her picket that the brass snap broke.  Away down the trail she went! We had no choice but to follow her.  She stayed about 100 yards ahead of the team, for the most party harkening to my "gees!" and "haws!".  FINALLY - after about 8 miles - she stopped at our usual snacking spot and allowed me to put her back into the team.  Free spirit, indeed. 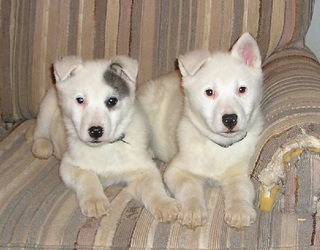 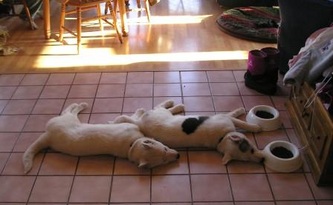 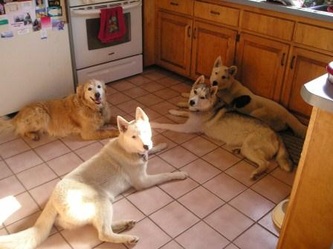 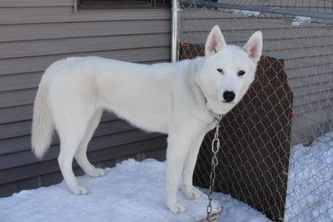 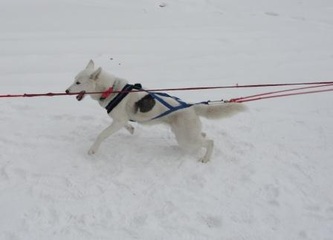 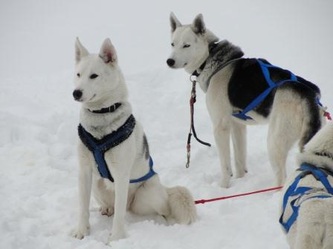 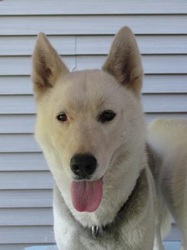 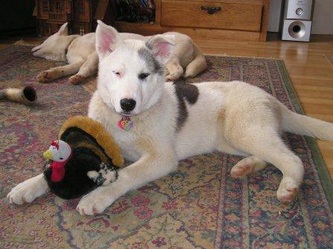 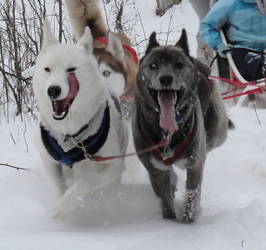 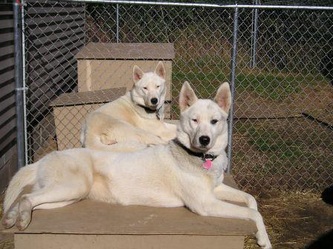 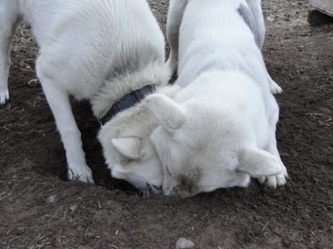 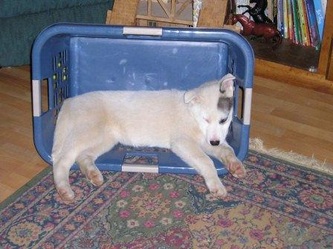 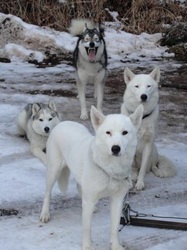