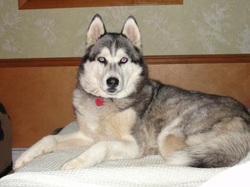 Diamond, or "Di Di" as he is affectionately called, comes to us from M.U.S.H.R (Minnesota's Unwanted Siberian Husky Rescue).  Diamond enjoyed running and pulling the kicksled for the first few months after we got him, but shortly afterwards he became lame from Lyme's disease and now is retired to the couch!  I figured he still needed a job, so I took him to get his Canine Good Citizen degree and now Di Di works as a therapy dog.  There is nothing he loves more than "car ride!"

He's also quite the spoiled putz.  He's always looking for better food that what he's got in his dish.  Sometimes the only way he'll eat is for one of the other dogs to stand over his shoulder and say, "you gonna eat that???"  He pretty much tells me what to do and when to do it :)  Sometimes he sleeps in Juneau's crate but most nights he shares the foot of our bed. 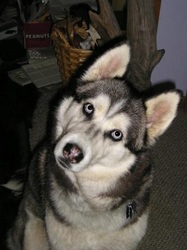 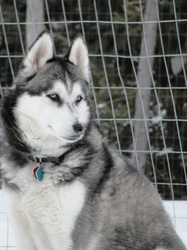 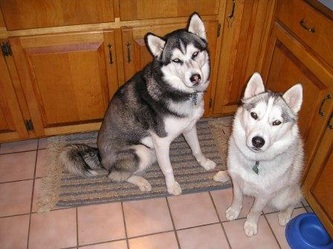 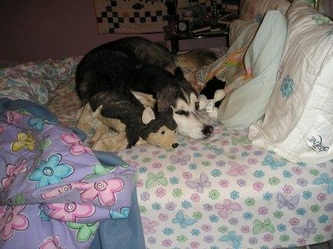 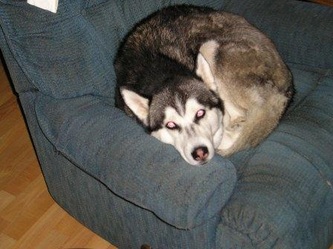