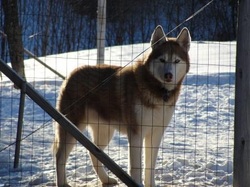 Juneau - or "Mr. Bug" as he's affectionately called - is my first Siberian.  From a mix of old working and established show lines, he truly is a gorgeous dog.  Problem is, he knows it!

I got Juneau with the idea of skijoring - we added Diamond to the pack and used a little homemade kicksled.  Now Juneau is a bit lazy.  He would much rather be getting attention from people than working hard. I spent some frustrating hours with him, wondering, "This is supposed to be a Siberian Husky - why doesn't he want to pull?"  One year during a skijor race he quit about a kilometer out from the finish in order to duck into the crowd for some love!

Mr. Bug's attitude was probably a blessing in disguise as it led me to learn about the various bloodlines of the sibe.  He does alright now in our daughter's team as a wheel dog, primarily because the leaders keep pulling and prevents him from goofing off!  He comes with me as Public Relations Director when we do dogsledding demos and school programs. 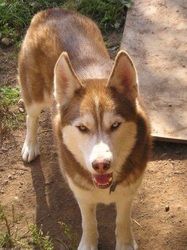 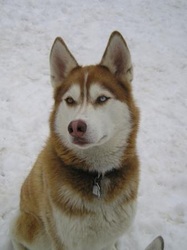 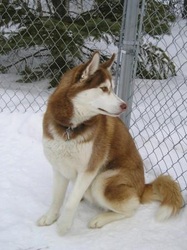 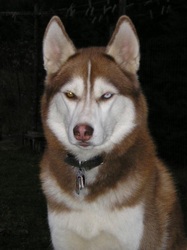 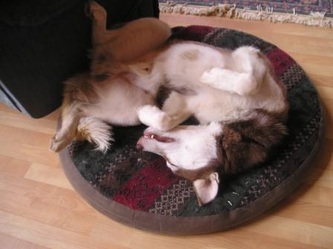 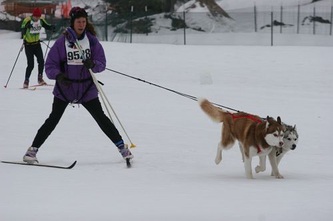 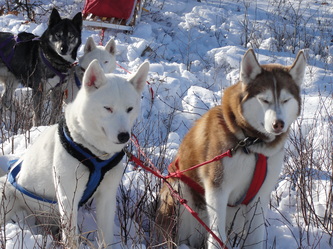 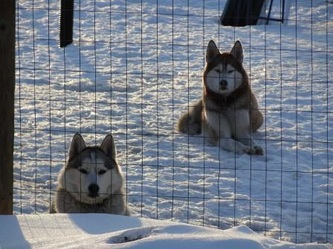 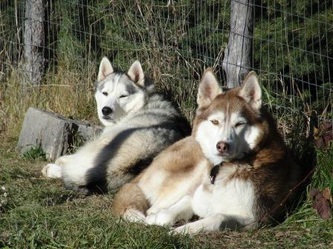 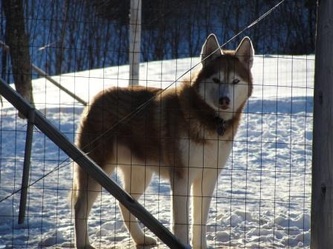 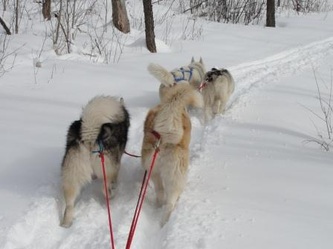 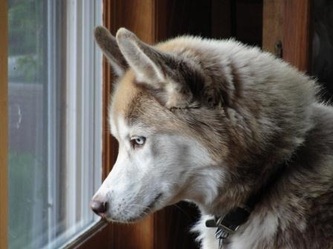 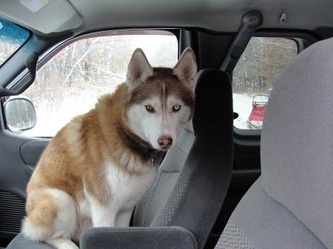